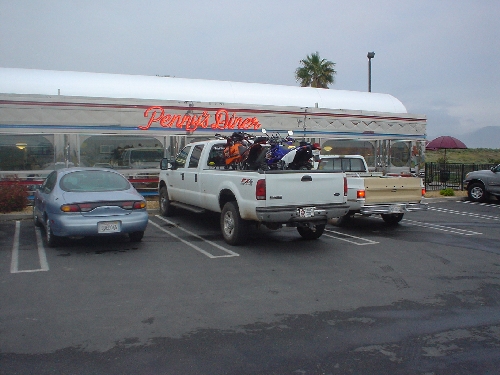 The ride began at 7:00am on Saturday at this diner just outside of Barstow along Highway 15. 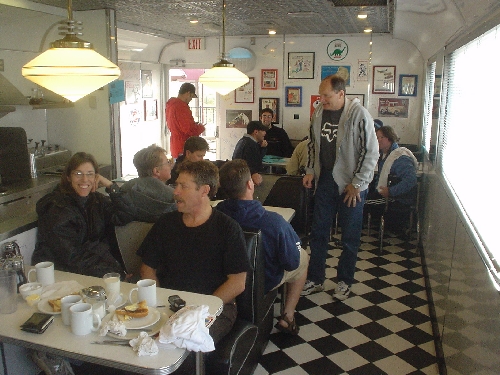 Inside the diner you can see Dale and his wife, Moya, in the foreground and my dad standing in the aisle. Dale rode his KTM on the ride while Moya met us in Laughlin with their truck. Dale, Moya and I came home on Sunday while most everyone else stayed in Laughlin until Tuesday. We had to get back to work on Monday. 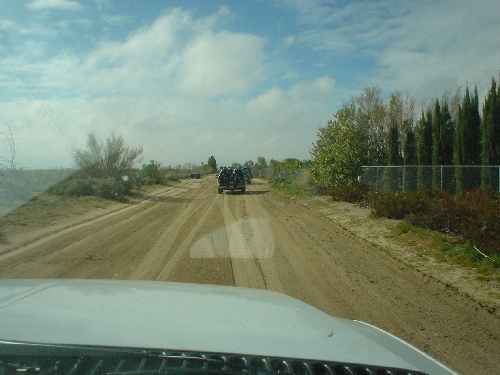 After breakfast we headed out of town to a private home where we parked most of the trucks and began our ride. 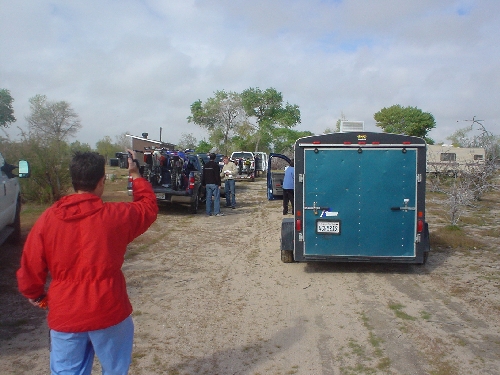 Derrick Lantz is filming the proceedings 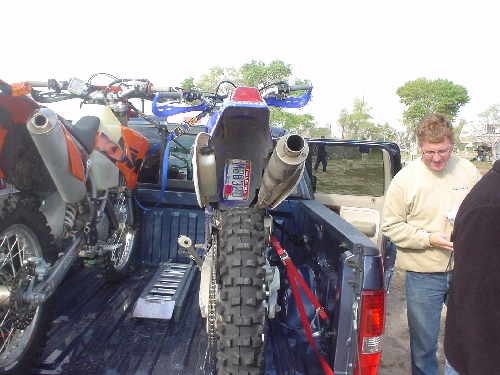 This is Gary. Notice the South Dakota license plate mounted on his Yamaha. 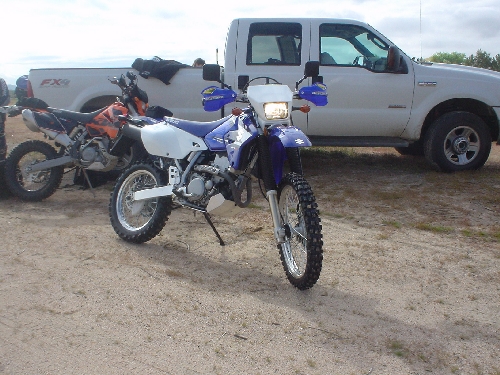 Here's my new Suzuki in fornt of Dale's truck. This was the first offroad trip for my DRZ400S and it did a great job. 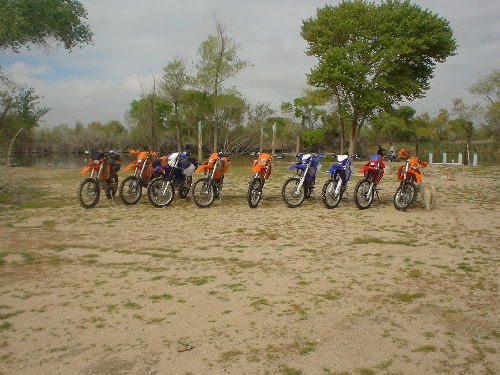 Here are most of the motorcycles that will be going on the ride. Notice the lake in the background. 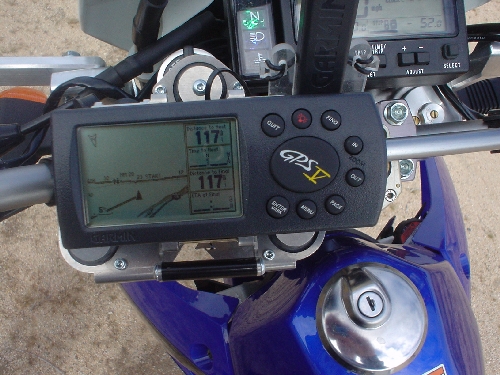 Here's a shot of my GPS before the ride. It's showing that Laughlin is 117 miles away "as a crow flies." It's longer on the ground, but a bird would only have to fly 117 miles to get to the hotel. 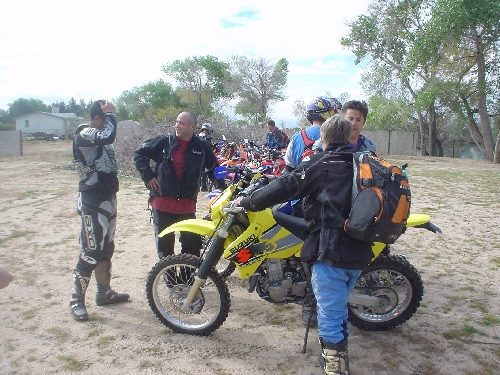 Damon, John, Johnny and Derrick before the ride. Damon owns the Suzuki. He and I were the only ones on Suzukis on this ride. 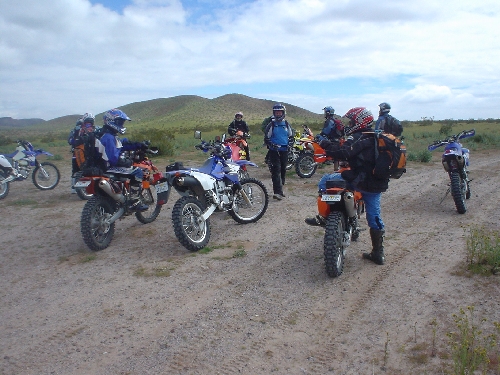 This is the group on our first stop along the trail. 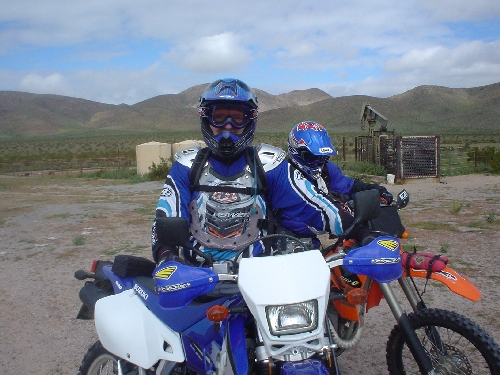 This is me at the first stop. Dale's right behind me. Although you can't see them in this photo, there are wild horses in the background. 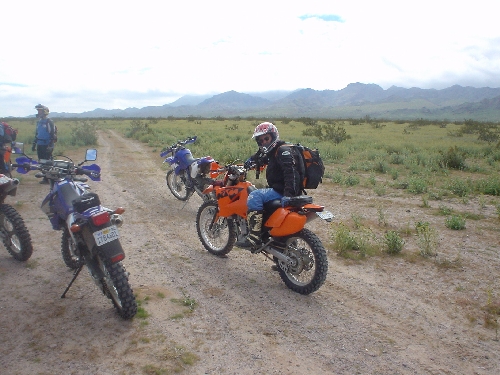 The Supreme Commander, Johnny Diegel, at a stop along the trail. Notice the very trick auxiliary fuel tank behind the left side number plate. This will allow Johnny to ride much further than he could without the extra gas. 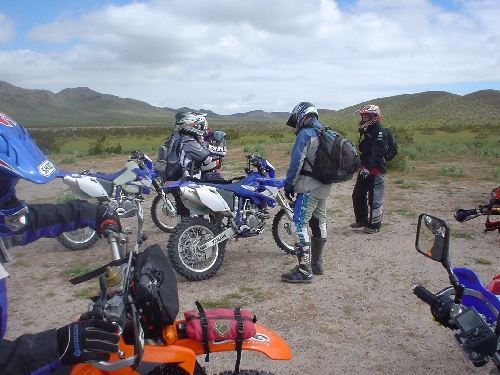 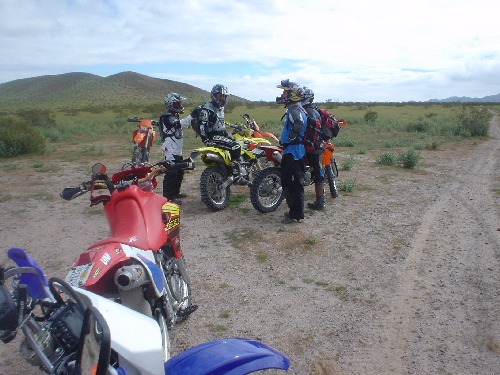 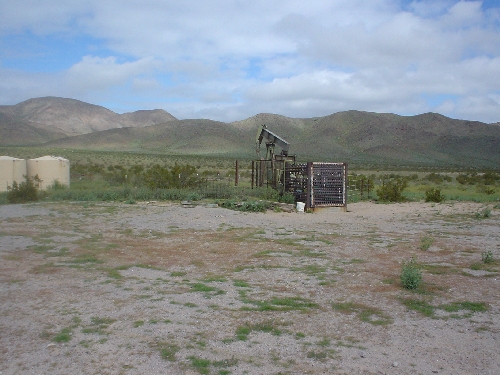 I was trying to get a shoe of the wild horses here, but they didn't show up in the photo. 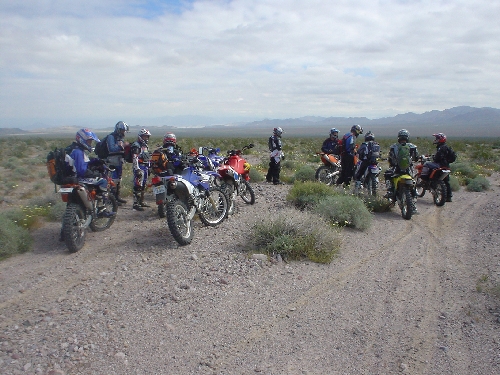 This was the next stop along the way. Unfortunately, Gary crashed right after this and hurt his shoulder. 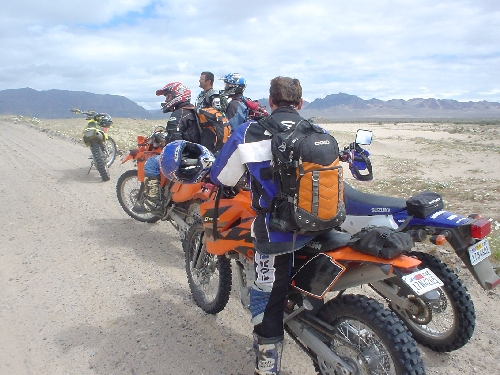 This is the group watching Dave O. climb one of the hills along the way. That's Dale in the foreground. 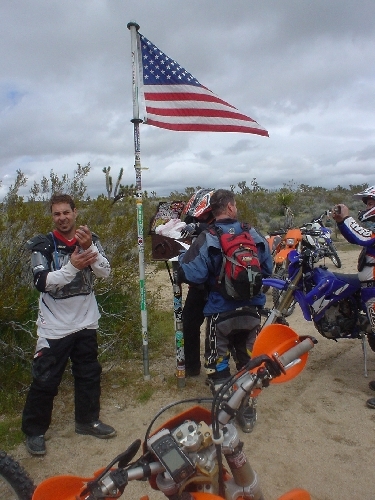 This is the flag that flies over the guest book along the Mojave Trail. Everyone who rides by stops and signs their name. That's Greg looking at the camera. 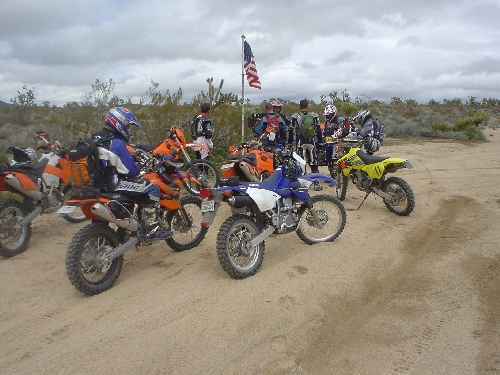 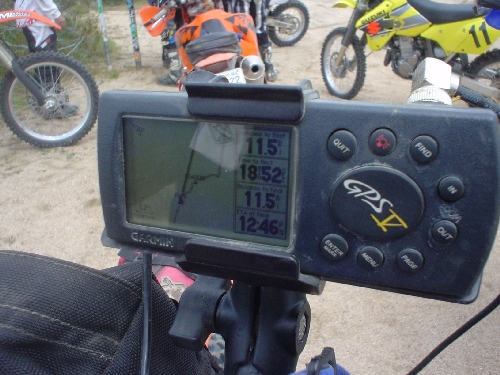 This is a shot of Dale's GPS. It shows that we have 11.5 miles to go until we meet dad who was driving the chase truck. He prepared hamburgers for the group. According to the GPS, it would take us 18 minutes and 52 seconds to get there and we'd be arriving at 12:46pm. 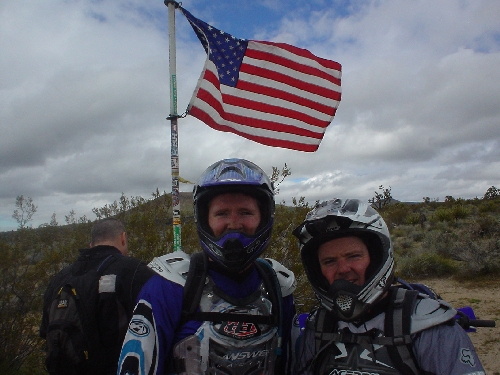 This is Dan and me at the guest book on the Mojave Trail. That's John in the background signing in. 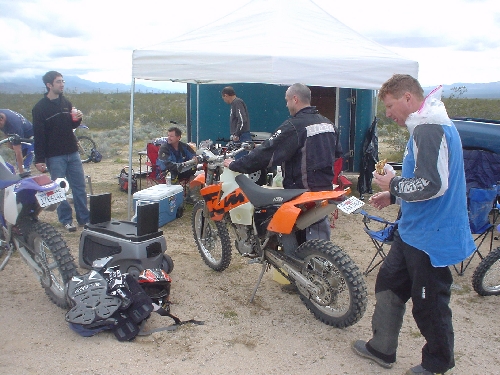 This was our lunch stop. Notice the ice pack on Gary's shoulder. He's be loading his bike in the trailer and driving with dad into Laughlin. This shot was taken where the Mojave Trail meets Kelbaker Road. We crossed the road and headed up Cima Canyon. 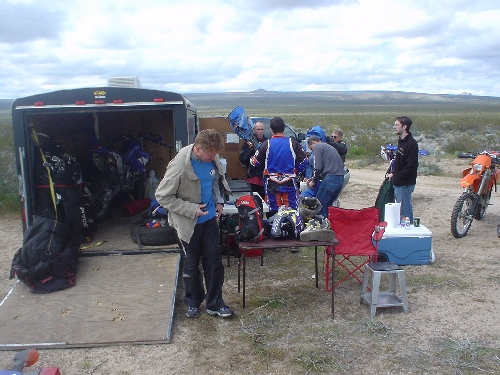 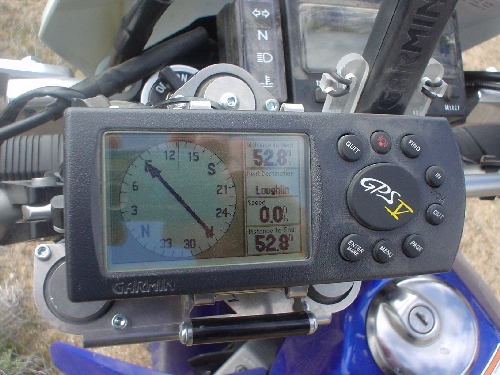 As a crow flies, we have 52.8 miles to go until we reach Laughlin. 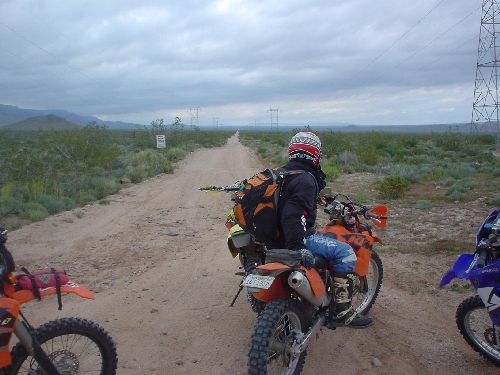 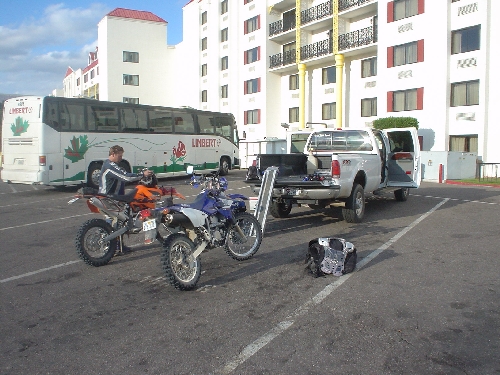 Dale at the end of the ride. We were getting ready to load our motorcycles into his truck. 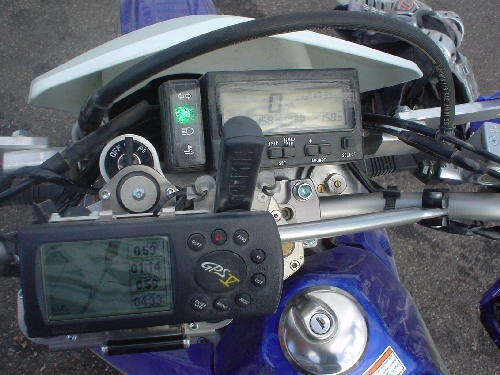 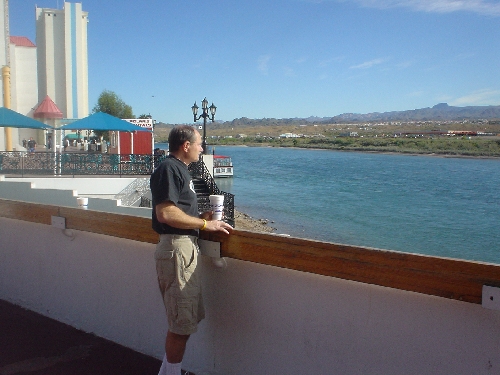 Dad looking at the Colorado River out front of our hotel on Sunday morning after the ride.